We have some big projects happening in Cruâ€™s Digital Products and Services office right now, and Iâ€™m involved in two of them:

In 2013, Cru in the US started using Google for mail, calendar, contacts, document sharing, and video conferencing. I love how Googleâ€™s tools allow us to work together across great distances.

Now weâ€™re encouraging our ministries around the world to join us in the Cru Google system. Last weekend we migrated our Czech Republic staff, and weâ€™re making plans for Latin America, South Africa, and other areas. Please pray that we plan carefully and communicate clearly as we work with teams around the globe to make this happen.

An increasing amount donations to Cru come through our online giving site at give.cru.org. The site works well on a full-sized computer, but doesnâ€™t resize well for use on mobile devices.

As more and more people interact with the web on phones and tablets, we need to make sure that all of our web sites are â€œresponsiveâ€ â€“ that is, they respond to the screen size. Itâ€™s never good when you have to scroll left and right to view an entire web page or fill out a form online.

Hereâ€™s a fun experiment: browse to www.cru.org on a laptop or desktop, then gradually shrink the width of your web browser. Images that were beside each other will shrink, then stack on top of each other or disappear.

We would love to have this project done before the peak end-of-year giving season. Please pray that we can build all of the features and get rid of all of the bugs quickly!

August is a big sending month for Cru. As Iâ€™ve seen pictures on Facebook of friendsâ€™ children heading off to college (and Anja turns 15 tomorrow!) Cru staff and students gear up to welcome them. Pray for students to come to Christ and learn to love walking with the Lord this year.

Our family has been involved this month in sending teams internationally! Karl went to Chicago to work on the staff and STINTersâ€™ (1 year interns) computers that needed to be configured to work securely from within closed countries. We had a total of 697 participants of various types go through the doors of the Global STINT Briefing! This includes 98 STINT Team Leaders and 311 STINTers who are being sent to 43 countries, plus 14 International Campus Staff (ICS) who attended. Even Anja got to help by babysitting for the keytarist of the band â€œStoneâ€ so that she could get in practice time before a month-long tour in Australia. They are able to do outreach in the schools, which is an incredible opportunity. As youâ€™ll see below, theyâ€™re having amazing results and heartbreaking challenges on this tour and would be grateful for your prayers.

August 24
Show #1: 88 students attended and 12 indicated decisions to trust Christ!!!! Three wanted more info and the rest just rocked out with us like rockstars. Halfway through our set, this one kid started yelling, “One more song!”, which was good since we had about 7 more songs. Glad we were prepared for that. Whew!

Show #2: 201 students were in attendance and 34 accepted Christ!!!!!! Go God!!!! This was a seriously truncated set since we had only 30 minutes from bell to bell. I was quite amazed that we had so little time to build rapport and share the gospel, yet still got such a great response from the students.

-Continue to pray for favor with all those we play for
-Pray that we will love one another well, even as the days get busier
-Pray for our van situation. It’s still not operational and we’ve been having to arrange different rides, which separate us as a team.

August 28
Hey everyone. Well, while ministry is going great here, we’ve hit some snags and hiccups along the way that have the potential to be very discouraging.

While our van finally made it to the shop, it will not be ready in time for the next leg of our journey to the Outback. Thanks to some amazing people, we’ve worked out rides so we’re grateful for that.

We received news yesterday morning that our host for today’s four shows has died suddenly. We were all in shock and very saddened by this news. It turns out that he was the lone person at this school who was reaching these kids, so this is quite a loss for them. Please pray for this school as they hold a memorial service today to celebrate his life and mourn his loss. Pray that God will use this situation to draw students and teachers to himself in a way that our concerts never could have. Ryan and Troy were best friends in high school, and naturally became roommates when they arrived at Grand Valley State University in Allendale, Michigan.

A believer coming from a solid youth group, Ryan was eager to get involved with Cru. He enjoyed having the Cru community and Christ-centered direction in his life.

Troy had a different experience. Finding friends was hard. College-level academics were hard. The final straw was when Troyâ€™s long-time girlfriend broke up with him. One night in October, each lying in his dorm room bed and talking across the darkened room, Troy finally told Ryan, â€œSure, Iâ€™ll go to one of those Cru meetings with you.â€

After a few weeks, Ryan came up to staff member Dennis Leskowski. â€œHey, Dennis! Troy has been joining us at Cru and he loves it. Heâ€™s learning a lot about Jesus. He wants to know how to accept Christ in his life. Would you meet with him and share the gospel?â€

As a Cru staff missionary, Dennis was excited. Immediately, he looked Ryan in the eyes and said, â€œNo, I wonâ€™t.â€ Ryan looked stunned. â€œHow about you and I get together?â€ Dennis asked. â€œIâ€™ll teach you how to share the gospel, and you can introduce Troy to Jesus yourself.â€

A few days afterwards, Ryan stood next to Dennis after a Cru Thursday night meeting. They faced a crowd of people where Troy, talking lively, was in the middle. Both men smiled as Ryan commented, â€œIâ€™ve seen Troy happy over the years. But Iâ€™ve never seen him have joy like this. He is a completely different person, because of Jesus.â€

Ryan and Troy grew and developed over their years as students. Ryan became an instrumental leader as Grand Valley State Universityâ€™s Cru movement grew from 35 students during his freshman year, to 650 students during his senior year. He led people to Christ, taught others about sharing their faith, led small groups and led in other ways.

As a track athlete, Troy helped to form and lead the Grand Valley Athletes in Action movement that eventually saw more than 40 student athletes involved on a regular basis. He too learned how to share his faith and led others to Christ.

â€œToday,â€ Dennis said, â€œThey have graduated, love Jesus, and are making an impact in their companies, communities, and churches.â€ Friends at New Staff Training with Dr. and Mrs. Bright, 1991 caught mid-sentence while shutting down the mainframe, 1999

On July 25, I will celebrate 25 years with Cru! In July of 1991, I was in Colorado for Campus Crusade for Christâ€™s New Staff Training. In August I started to find my team of ministry partners, and by December I was in Orlando. Itâ€™s hard to believe that so many years have passed since I packed my things into a U-Haul truck and embarked on this wonderful adventure.

Some of my favorite memories include:

All of this was made possible by you, our faithful team of ministry partners! Thank you so much for standing with us financially and with your prayers â€“ some of you for 25 years. We have each been blessed so that we can be a blessing to others, and God is using us together to extend His kingdom throughout the earth! Karl and I just celebrated 18 years of marriage! As someone joked, weâ€™re finally legal now â˜º. Weâ€™ve had heartbreaking times and wonderful times as well, but thanks to good counsel and a foundation in Christ weâ€™ve been able to weather it all together and come out more connected and in love than we started. Some of that good counsel came from Cruâ€™s FamilyLife ministry. One couple we work with here in Indy speaks at many FamilyLife events, so we wanted to share a taste of what God does through them.

Bruce says: â€œJulie and I have been speaking at these FamilyLife â€˜Weekend to Rememberâ€™ events now for nearly 20 years. Every Friday night as conferences begin, we look out at the crowd and realize there are so many untold stories in the faces we see. As the weekend unfolds, prayer requests start getting turned in, couples begin approaching us with questions, and it’s then you begin to crack the surface. You begin to realize the magnitude of human drama represented in the room. There are definitely stories of those who experience pain, brokenness and even hopelessness – but there are also the stories of joy, gratitude, and restoration. What’s amazing to us? God knows every one. And He divinely draws each couple there to accomplish His eternal purposes in their marriages and families.â€

â€œBefore this weekend, I was positive my marriage was over. This conference has breathed Godâ€™s life into it. Our relationship has been renewed. Looking forward to see what God has in store for us. We both have decided to surrender our lives and family to God.â€ â€“ Married 9 years

â€œThis was a great reminder to not take my commission as a husband and father for granted. Anyone can be my replacement at work and even do a better job, but I am the only one that God has put on this earth to be a Father to my children and husband to my wife.â€ â€“ Married 18 years

â€œI had no idea what it meant to be a wife and did not know that I should put my husband before my children. I learned so much and am excited to go home and try out my new tools.â€ â€“ Married 9 years

â€œRescued us from drifting too far into â€œisolationâ€ and bringing us back to the oneness we both so desire and pray for.â€ â€“ Married 13 years

â€œAs a second time attendee, I had my hesitancies that it would be just a replay of learned concepts, but much like the Word of God which is fresh and new each time we study it, there have been new revelations and commitments that I have made to stand in the gap for my marriage and family.â€ â€“ Married 12 years

We hold marriage in such high regard for the sake of our walk with God, our children, and our witness to the world. Itâ€™s worth investing in. As you can see from the comments, itâ€™s not just for marriages that are on the rocks, but for everyone who wants to grow closer to each other and to the Lord. We highly recommend it. If you are interested in learning more, check out www.familylife.com and click on â€œEventsâ€. 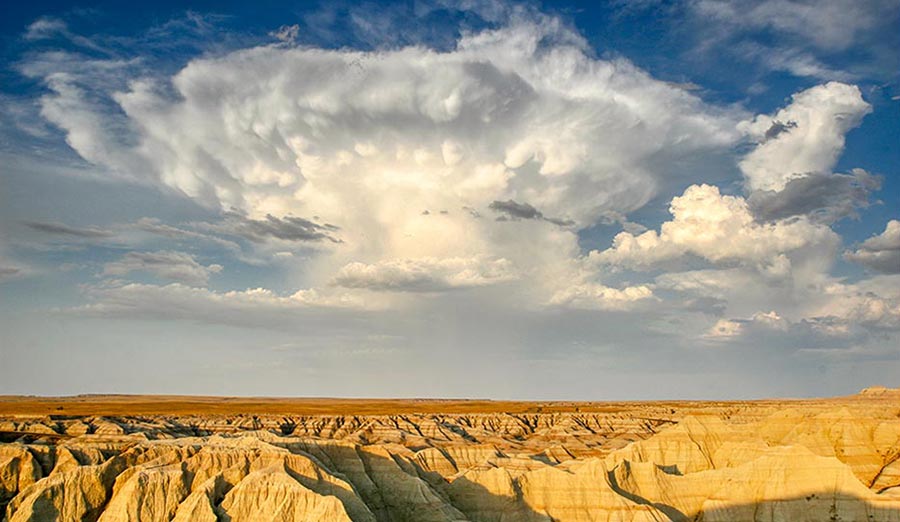 "Listen closely to the thunder of His voice, & the rumbling that goes out from His mouth." Job 37:2