Cru sent a band called â€œStoneâ€ to India on September 29, and they should arrive back in the U.S. tomorrow. It was an exciting tour! Here are some reports from the field:

â€œNamaste everyone! That’s Malayalam for â€˜What’s up!?â€™ We are excited to report that most of India showed up for our concert last night, including a die hard air guitarist who rushed the stage. Really though, we had a crowd of somewhere between 2,000 and 4,000, depending on who you ask (I estimate 2,000). It was an incredible show where we got to share the gospel.â€

â€œAs an aside, before we went on, there was an episcopal diocese inaugurationâ€¦ Anyway, several of the priests and even the bishop ended up doubling as our bouncers during the show. The air guitarist was taken down by the bishop when he tried to break though the barrier. It was…awesome! You can’t make this stuff up, people.â€ Hear some of the feedback Stone got along the way:

â€œAfter the church show, a young woman ran up to me crying and said, â€˜I have walked away from God and tonight I came back to him.â€™ â€¦. Please pray for Anu, that she will become rooted and established in the Lord and walk intimately with Him.â€

â€œAfterward, a guy came up to Seth and told him that he could relate to my testimony I shared during the show. Seth called me over and we asked him what he thought about what I shared about Jesus. He replied, â€˜I think I need to changeâ€™. I then asked, â€˜Did you pray with me to accept Christ into your life?â€™ He responded that he had indeed prayed!!!!! We got him connected with the staff there for follow up. Pray for this sweet brother!â€ â€œWe met a guy who shared with us that he got connected with Cru and has since joined staff, as a result of Gap Theory’s show here three years ago. We’ve actually had others share this with us in other cities we’ve been to (one guy claims itâ€™s how he found his wife, too â˜º). It’s awesome to think that God is not only bringing people into relationship with Himself through our ongoing partnership with India, but He’s using it for raising up laborers, too!â€

Thank you for making it possible for us to serve these talented musicians who are taking the gospel around the world! And please pray that the new Christians in India will grow in their faith.

Rejoice always, pray without ceasing, give thanks in all circumstances;
for this is the will of God in Christ Jesus for you. – 1 Thess 5:16-18

I (Karl) have read 1 Thessalonians several times lately. Itâ€™s amazing how much God and Paul packed into a letter that fits on 2.5 pages of my Bible and can be read in 15 minutes!

Paul starts by telling the Thessalonian Christians how he thanks God for them constantly, and ends with the exhortation to â€œgive thanks in all circumstancesâ€. We have so much to be thankful for, and you are at the top of the list! We are so thankful for your prayers and giving. Weâ€™re thankful that we have this job of equipping missionaries to share the gospel effectively, and you make it possible.

Thanks to your generosity and Godâ€™s grace, August 2014 through July 2014 has been the most fruitful year of evangelism in the history of the US campus ministry. 16.2 million people heard the gospel, resulting in 234,662 new believers!

One of those new believers was Kristopher, a student and former atheist who found Cruâ€™s site www.everystudent.com last year.Â  He said, â€œI was an atheist until about last night when I chose to take a shot at connecting with Jesus. The life of an atheist is devoid of any real hope and that just wasnâ€™t the life for me. I am ready to have a relationship with him. I look forward to more emails.â€

Letâ€™s thank God together for his grace and love!

From August 13 to 18, 385 young missionaries from America gathered in Chicago for one week of training before heading out all over the world. We call their adventure a â€œSTINTâ€, for â€œShort Term INTernationalâ€. 133 of these STINTers are going to East Asia.

With this opportunity comes a huge responsibility as well, to train and equip these young missionaries to serve well, so their time in East Asia is fruitful. In addition to the regular conference that all Stinters going to any location attend, the week was also divided into five â€œArea Timesâ€ where each area of the world trained Stinters on specifically working in that area. They attended sessions including: We were also able to make sure that every Stinter was equipped to securely operate in a closed country. This is where I got to participate. I joined Keith and Scott (to the left and right of me in the group photo above) in Chicago to prepare each Stinterâ€™s computer for ministry. Each computer was fully encrypted, a secure internet connection was set up, and they were trained how to access their secure email account. We worked crazy hours to get this done â€“ some days we worked from 8am to past midnight. Keynote also sent a team to lead worship in the main sessions, but I barely saw them because of long hours in the tech room.

It was a privilege to serve these missionaries! Please pray that they have a safe and fruitful year of ministry. Hello! We hope you all have been having a safe and encouraging month despite the polar vortex and all the difficulties itâ€™s brought for so many people. Weâ€™ve also had some sump pump adventures from the warm up last week, but all is well now â˜º.

Karl has been traveling a bit this month (so Iâ€™m extra thankful for safe travels with all the weather issues out there). His first trip was to meet with the rest of the Tech people in the Campus ministry. Keynote has been working under the Campus ministry more directly now for the last couple of years and so we have more regular participation in their development times. Itâ€™s encouraging for all the techs to get together and share ideas and strategies for using technology more effectively to serve our staff and reach those who need Jesus. And since many of them are young and new to their roles, Karl gets to bring his years of experience to the table to help them.

The second trip was for all of our Keynote leaders to join in with the Campus leaders from around the US. The thing that seemed to encourage Karl the most was hearing from other leaders. They share their struggles and they share how God works, even using their weaknesses for His glory. God is so good. I must say that it encourages me to hear again that our leaders wish to be humble, real, and wish to follow Christ more than their own wishes.

As for Keynote, our leaders are in the midst of praying through and planning how we should be structured and function in the future, so we would love prayer for wisdom and direction.

Meanwhile, our Communication Training Team is preparing for a large Comm Lab in just a couple of weeks. This training is so helpful in that it takes a person from having a great testimony inside them to being able to share it with increasing effectiveness to those around them. When Karl and I first joined Keynote, we had this type of training and think it would benefit every single one of our Cru staff. So weâ€™re excited to see the increased interest and opportunities to share this with them. For that matter, Comm Lab is open to the public, so anyone who wishes to may join in. More info is available at www.keynote.org (click on the Comm Lab button). Feel free to spread the word, too! We arrived home from Colorado on Sunday after a tiring but rewarding summer. The conference was great, with opportunities to hear from our Cru leadership and gifted guest speakers. On the right, Cruâ€™s president Steve Douglass is addressing a packed audience in Moby arena. I (Karl) really value the combination of vision-casting and teaching.

A highlight was Alistair Beggâ€™s messages from the book of Jude. His encouragement to stand strong in the faith and â€œkeep onâ€ was inspiring. You can watch the sessions online at csu2013.cru.org â€“ click on â€œArchivesâ€ at the top. Some of the videos are available only to Cru staff, but many are free for anyone to watch.

It was my privilege to lead a wonderful team who served the technical needs of the conference and the attendees (bottom picture). Many people expressed their appreciation for the help that we were able to give them. This year we provided two â€œPower Barsâ€ where people could charge their phones and get technical questions answered.

Liesl served as needed and helped during several registration days. On the big one we checked in more than 3000 people.

Thank you for your prayers and gifts that made this summer possible! 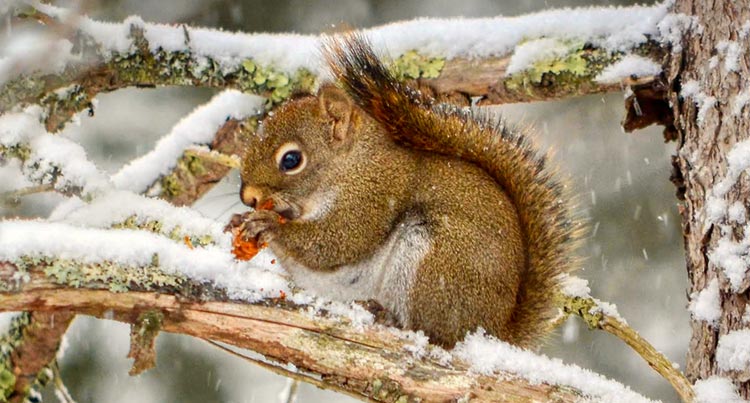 A Bible verse of the day and a nature photo of the day, plus a Christian nature and creation blog designed to inspire and to encourage people in their walk with God. God Perfectly Provides"